The Tiroche DeLeon and ST-ART collections collaborate with Art Cult Foundation in the exciting exhibition 'Israeli Contemporary Art' at the Modern Art Research Institute of the National Academy of Arts of Ukraine. 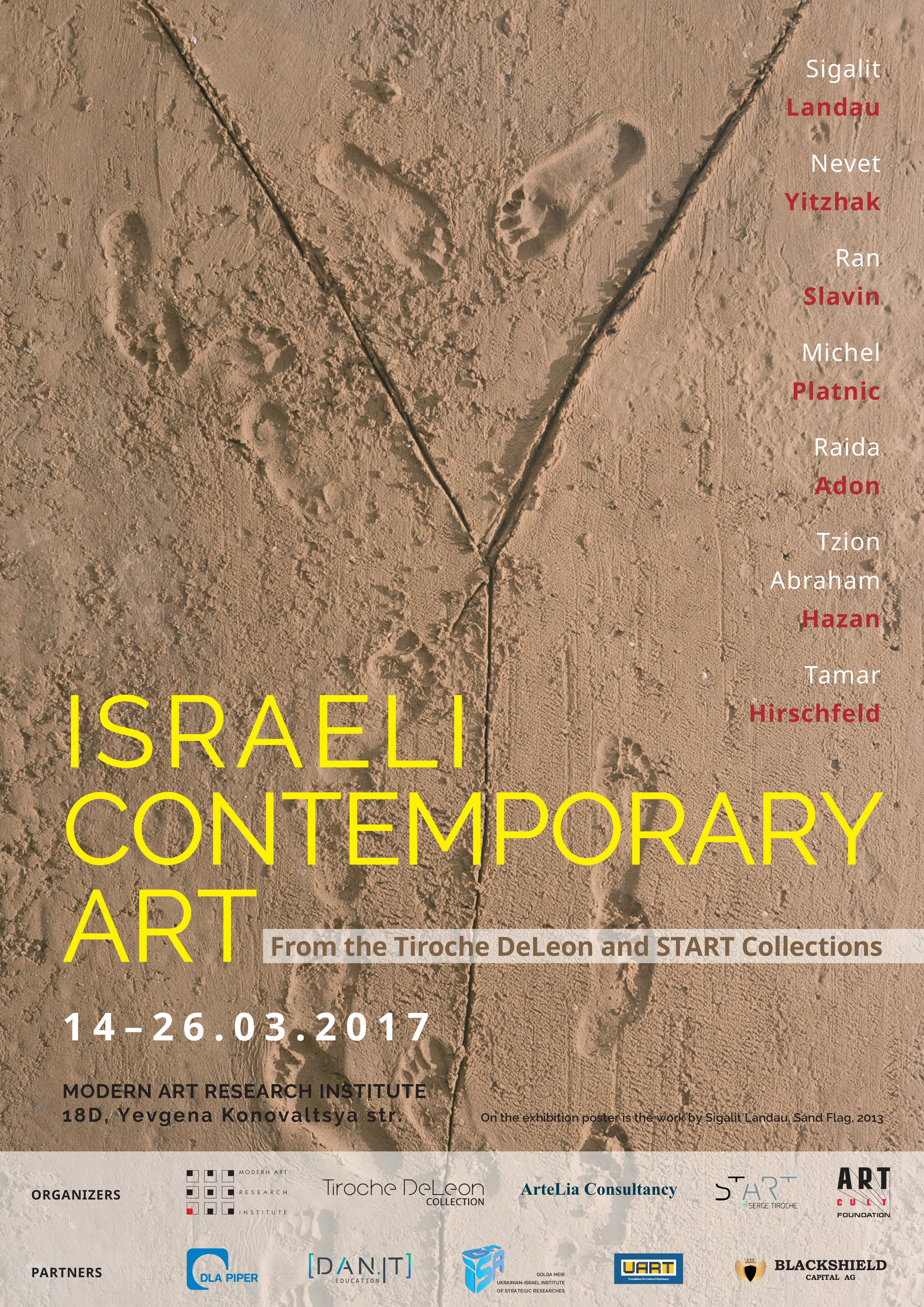 The art-project brings together a selection of video-works from the Tiroche DeLeon and START Collections, both initiatives of Serge Tiroche. The project was granted support by the Embassy Of The State Of Israel in Ukraine and the Golda Meir Ukrainian-Israel Institute of Strategic Research. This exhibition seeks to explore the analogies between the lives of Israelis and Ukrainians. Both countries were built around conflict, not just in terms of territory but also in terms of identity and history. The exhibition exposes the similarities of a cultural "melting pot" and the challenges surrounding integration and a complex history marred by conflict, specifically as experienced in the contemporary age.

Tzion Abraham Hazan's works "Salit" (2012) and "Marganit" intelligently demonstrate how the people of Israel have become accustomed to living under constant military surveillance, to the point where they are no longer aware of its presence. Nevet Yitzhak approaches this issue, somewhat ironically, through her large scale triptych installation "Where the Wild Things Are" (2014) - a series of Afghan War Rugs using an offshoot to traditional Afghan rug design with images of a history paved by war.

Much like Ukraine, Israel exists in a state of territorial dispute, a tension highlighted in Sigalit Landau's videos "Phoenician Sand Dance" (2005) and "Azkelon" (2011), which was previously exhibited at the Israeli Pavilion of the Venice Biennial in 2011. The confrontation and issues of gender and race are further exemplified in Tamar Hirschfeld's ironic and poignant series of short videos from 2013, featuring a 'black' version of the artist called "Schwartze" (the German word for black, and a common insult for Jews in WW2) touring controversial sites in Israel and Europe: "Schwartze in Trumpeldor Cemetary," "Schwarze Skiing in Austria" and "Schwartze the Pianist".

In their works Raida Adon and Ran Slavin create imaginary and symbolic worlds. Adon’s work stems from a complex, enigmatic personal biography and deals with her split identity (both being Jewish and Arab by origin), which shifts between two conflicted nations. Ran Slavin turns to aesthetics of urban landscape, stressing its beauty and isolated environment.

The raised issues are common to Israel and Ukraine today, but arguably are mere repetitions of the failures of mankind throughout history. This is best exemplified by the work of Michel Platnic "My Family Portrait" (2015). Platnic simply and ingeniously integrates and shape-shifts his own portrait in a series of forty images of significant moments in Human History; depicting the army, politicians, population displacement, slavery and war criminals, thus sharing his concern that we are all part of a flawed system to the point where we may have lost the ability, or right, to judge.

Serge Tiroche, founder of START and Co-founder of the Tiroche DeLeon Collection;

Natalia Shpitkovskaya, curator of the exhibition, Director of International Projects of the Modern Art Research Institute, the National Academy of Arts of Ukraine;

The Press conference was followed with a Presentation by Serge Tiroche who presented his involvement in the Israeli art scene through the activities of START, an art incubator project he founded in 2008, and via the Tiroche DeLeon Collection.

Click here for more photos from the exhibition opening.